I’ve just been looking through some paperwork and came across this article written for Canal Boating Times a couple of years ago. It made me smile – but I stand by every word! Try something new; you never know where it might take you 🙂

Goodbye to an edgy youth? Sign me up, says Sharon Peach.

At the age of 45, I’ve become the owner of two new membership cards, thanks to a wonderful man, Aaran, who recently came into my life. The first – The Caravan Club – I write quickly and with the hope that none of my friends are reading this. I apologise to all caravanning-types, including Aaran, but I remain unconvinced that this is pleasurable way to holiday or travel or cook.

The second membership is for the National Trust and after twice flashing my card in gothic ruins and desperately romantic castles, I conclude that there might just be something in this. I’m warming to the idea of entering a new phase of life which combines romance with tragedy, whilst allowing me to unpack a wicker hamper of delicious morsels. They have tearooms, too, straight from a Farrow and Ball catalogue.

A narrowboat mini-break seemed like the logical next step for a tragic/romantic woman who has apparently left her edgy* youth back in 2015. Aaran was so excited by his birthday surprise that I couldn’t help but be swept along with the planning and we took this very seriously. We studied the map of the Grand Union Canal (Stoke Bruerne to Leicester) with beers in our hands and watched The Boater’s DVD twice, pressing pause to practice the knots with green string around pencils. I made lists: lemons for the G&Ts, a selection of holiday reading, a bit of sunscreen. I barely gave a moment’s thought to the reality of driving a big boat along a strip of water under tiny bridges.

And what a reality it was.

Firstly – it’s HARD. I mean, really difficult. Aaran took to the steering thing amazingly quickly but I promptly discovered a dubious talent for pingponging across the width of the canal (admittedly not far) in a bid to learn my right from my left.

I say promptly, but of course nothing really happens that way because a narrowboat exists in a timewarp all of its own. They don’t put that on the DVD. Disasters loom slowly. Crashes progress gently. Ramblers overtake you. There’s plenty of time for a bit of helpless laughter when you realise you’re about to get stuck in the mud. Passers-by will mosey on over to help you swing a bridge to one side to let your boat pass. And should your crewmember abandon ship with it still in gear, there’s even time to shout a warning at the boat moored ahead and look on in helpless fascination at the outcome.

Oh yes, boating can be edgy.

It can also be the most inspirational, motivating, surprising and glorious mini-break you could ever imagine. We travelled no further than seven miles from home and it felt like a different world. We were cocooned from towns and roads and rules. Park anywhere along the towpath. Have a waterside lunch at 11am. Or 4pm. And – believe this – there is only one key. For everything. Feeling like Alice in Wonderland, we skipped our way around the Grand Union opening water cupboards, swing bridges, bin stores and gates. With one single holy-moly-this-bloody-works key.

You’ll probably guess, I’m not going to let this one go. I may be 45 year old and officially past it, but I seriously don’t care. If this is middle-age, sign me up.

*This is a very big exaggeration. 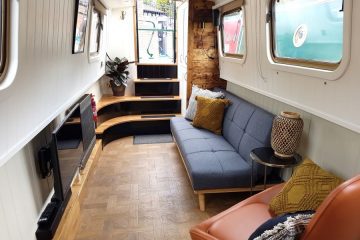 We are lucky enough to have four day boats for hire at Union Wharf marina, which is brilliant news for those wanting to try things out before committing to a holiday narrowboat. These are bona Read more… 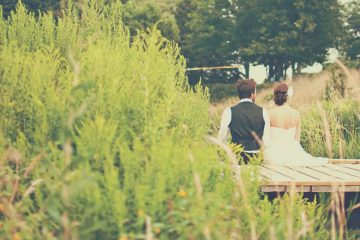 The Boutique Narrowboats are often booked for all sorts of special occasions – anniversary surprises, birthday weekends and even the odd minimoon. How lovely! What better way to celebrate a special occasion, than with a Read more…